Reviewed by Eternality Tan
Written by Lim Jia Yi Abigail
Imagine this, upon graduation, you find a 9-5 office job with an average monthly salary that barely covers your fees. Cramped office cubicles, mountains of admin work, working past hours and reaching home at ten, only to be burdened with the incessant nagging of your in-laws and the stench of baby diapers. You pop open a can of room-temperature beer, washing down the greasy frozen dinner you’ve just had, a cigarette butt pressed against your lips. You heave a long sigh, dreading the night to end, knowing that tomorrow is going to be another long day.

This is the life of a mediocre Singaporean worker. They step into the workforce and inevitably become enslaved to the capital — long working hours with wages barely compensating the work done, and a hectic personal life with the occasional indulgence in vices to remain sane.

In Sandi Tan’s 2001 short film, Gourmet Baby, her eccentric main character, a middle-aged man (played by Lim Kay Tong), appears to have found his way of escaping this boorish hell. A tongue for exquisite delicacies, he patrons fine diners to savour flavours that way surpass that of sloppy takeaways. His lonely dinners, however, garnered unwanted sympathy from fellow diners; hence, he seeks a dining companion—one who would share his passion for trying new dishes, and share the same taste as him.

He sets his sights on his seven-year-old niece, Winnie, who becomes his “perfect dining companion”. However, as Winnie enters her tween years, her uncle starts noticing her gradual defiance as she constantly flakes on him. He starts showing signs of desperation as he feels her stray away to the dark side—mediocrity.

(Source: Youtube)
“I had to save her from being an inarticulate blob like the rest of them.”

From the beginning, the Uncle had a deeply-rooted belief: that he was not like others. He believed that his refined palette for cuisines was what set him apart from others. 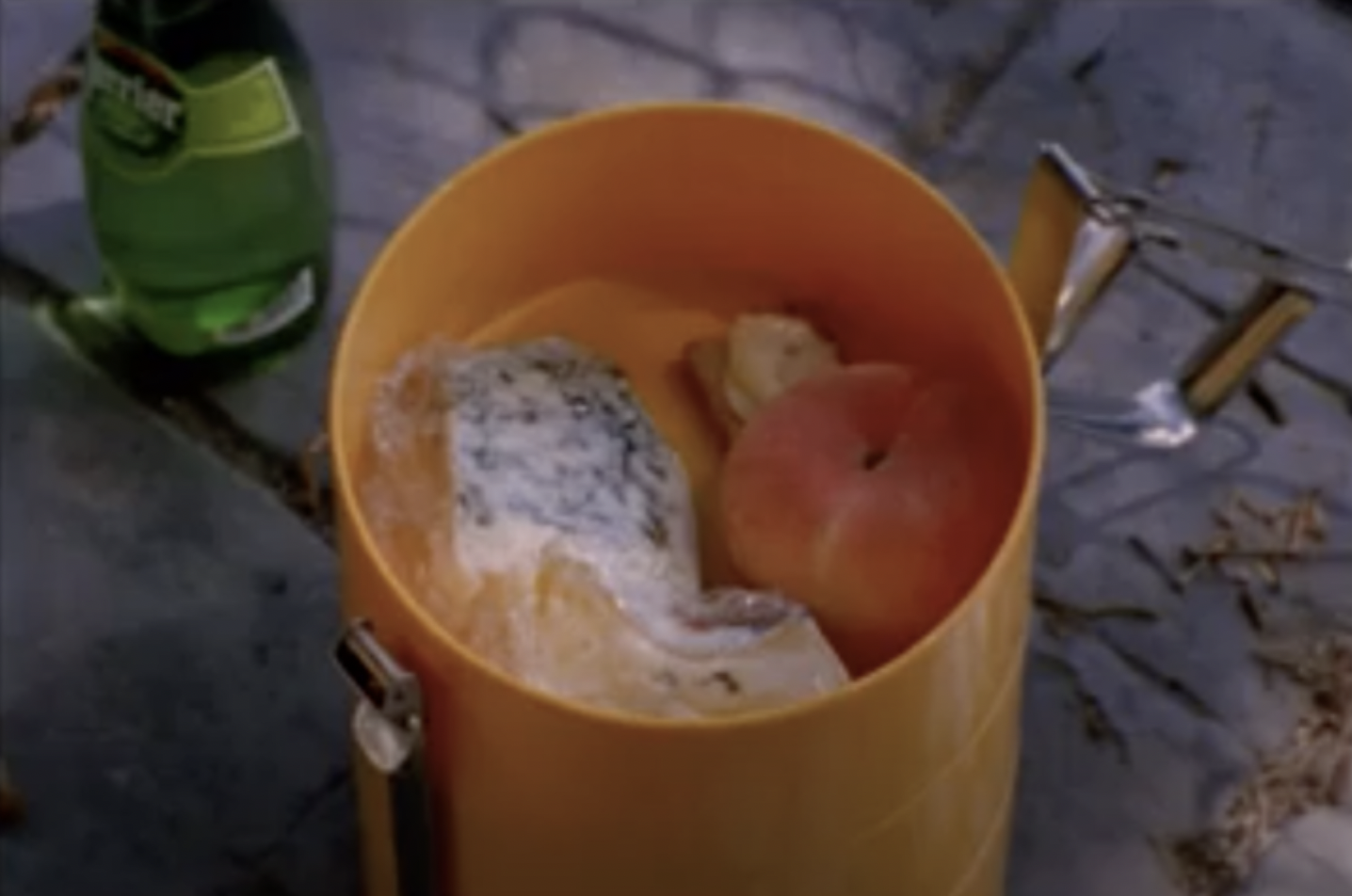 (Source: Youtube)
“They were all so conventional, so incurious about the world’s possibilities.”

Everything was mapped out on his tongue. The five modalities: sweetness; saltiness; bitterness; sourness; savouriness, were all that were necessary for him to perceive the world around him. When he finds that his niece was the only one willing to accompany him on his journey of exploration, he becomes tunnel-visioned and makes it his life goal to mold the untainted, inquisitive child into his “Gourmet Baby”. He seeks solace in his niece and refuses to find other companions, giving viewers insight into his perspective that only he and his niece exist in his world. In fact, it almost seems as if he intentionally ignores society and basks in his fantasies of Winnie.

As Winnie matures, she deviates from his visage of her—an esteemed woman with acquired taste. This image was shattered when he found her at a fast-food restaurant with her peers, dressed down compared to their usual dates, when she was supposedly studying for a test. This key scene, where Winnie opts for fast food and casual clothing over fine dining and fancy clothing, parallels Singaporeans’ passive outlook on life. Instead of being ambitious, most are “content” with the bare minimum, passing the chance to step out of their comfort zone for something bolder.

Surprisingly, this film has been kept under the radar for years. One of the details that drew me to Gourmet Baby was how abstract the concept was. Sandi Tan has managed to keep her viewers on their toes by blurring the lines between a wholesome familial relationship and a potentially perverted fantasy. This, in addition to the Uncle’s peculiar persona, adds to the main question: is taste the ultimate salvation from the lure of mediocrity?

Perhaps it's a lack of passion, or taste, but has it ever occurred to you that Singaporeans are content with less? Cheap hawker foods, high-rise apartments clustered in small plots of land, flip-flops for everyday attire, our locals seem to get by finely, blending in with the crowd, living their lives as if their dreams had been engulfed by daily adult responsibilities. In today’s pragmatic society, work and personal lives become enmeshed together, leaving zero room for fun and creativity. I can’t help but think, maybe this is why we are so boring, why we are so mediocre.

A deliberately-paced drama, Gourmet Baby has managed to capture the woes of adulthood through the Uncle’s narration, and not only so, illustrated the idea of mediocrity through food. Like a Michelin-rated dish, this flavourful film is definitely a refined offering, having many return for another taste.