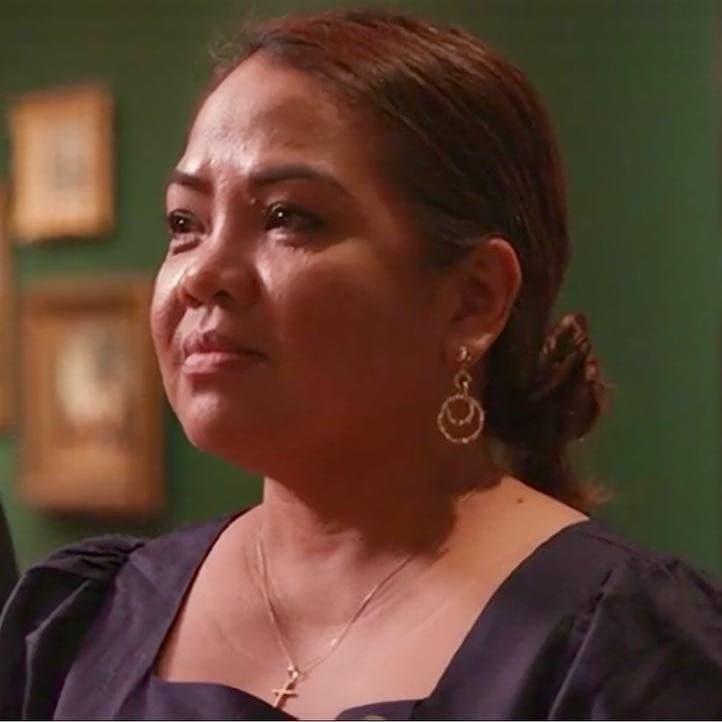 Robina Navato, also known as Bhing Navato, is from the Philippines and has been working in Singapore as a Migrant Domestic Helper (MDW) for 25 years.

Bhing is a help desk volunteer to HOME, an NGO that is dedicated to supporting and empowering migrant workers who suffer abuse and exploitation. For her fellow migrant workers, she also volunteers as a member of the Best Friends of the Gallery at the National Gallery Singapore (NGS) in collaboration with Home Sisters Guide.

Bhing enjoys writing poems and stories. She has since been nominated in many competitions and was one of the winners of Migrant Workers Storytelling Competition 2018. She is one of the authors of the book, Our Homes, Our Stories and a contributor and one of the editors of the book, Call and Response 2. 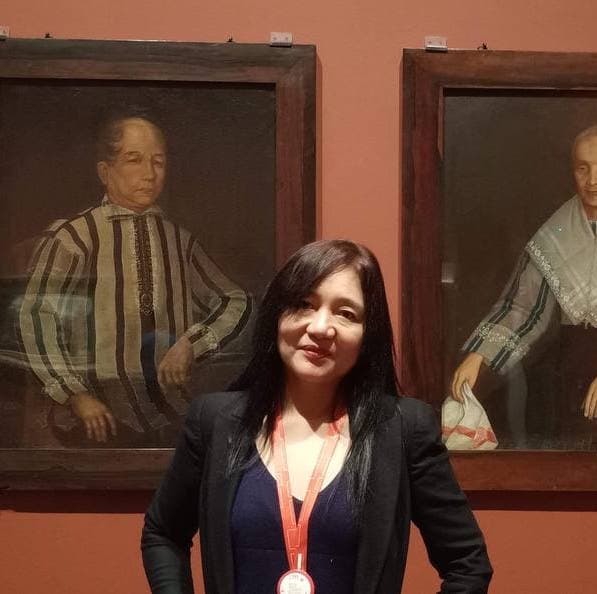 Jo Ann A. Dumlao is from the Philippines and she has been working in Singapore as a Migrant Domestic Worker (MDW) since 2007.

Jo Ann is a volunteer for HOME and a regular contributor at HOME MyVoice blog. She’s one of the authors in the book “Our Homes, Our Stories” - an anthology of non-fiction stories written by MDWs in Singapore. She volunteers as a member of the Best Friends of the Gallery for the National Gallery Singapore (NGS) in collaboration with HOME Sisters Guide. She has written an article for the NGS which was translated into 3 languages; Filipino - Philippines, Bahasa Indonesia and Burmese- Myanmar. This work of hers is one of her greatest pride! 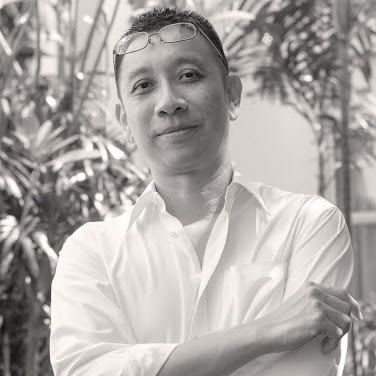 Alvin PANG, PhD is a poet, writer, editor, anthologist, translator and researcher whose broad creative practice spans over two decades of literary activity in Singapore and elsewhere. Featured in the Oxford Companion to Modern Poetry in English, his writing has been translated into more than twenty languages worldwide, including Swedish, Macedonian, Croatian, Chinese and French. His books include the bestselling What Gives Us Our Names (2011), When the Barbarians Arrive (2012), What Happened: Poems 1997-2017 (2017) and Uninterrupted time (2019). For contributions to literature, he has received Singapore's Young Artist of the Year Award, the Singapore Youth Award and the JCCI Education Award. In 2021, Dr Pang was appointed to the honorary position of Adjunct Professor of RMIT University. 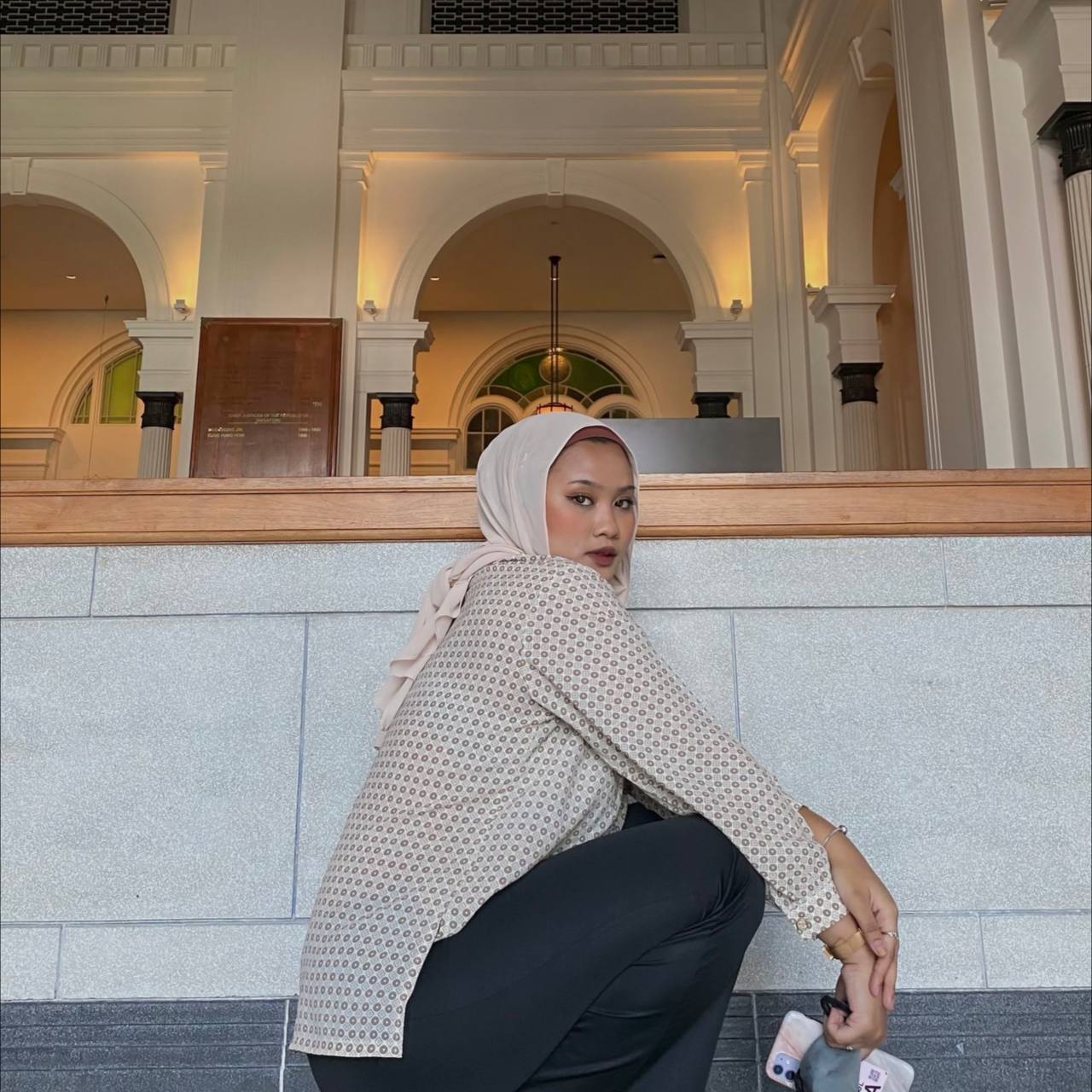 Darwisyah Durrani’s journey in dance started at the age of 8 years old. Having explored a variety of dance genres to allow herself to grow artistically and in technicality. Her passion bloomed further upon joining West Styles District in ITE College West. Having performed countless performances such as ITE CCA Fair for 3 consecutive years, dancing at Esplanade, along with competing in Super24 and clinching Best Dancer Award for Danceworks! 2011 - dance has always been a crucial part of her. Her distinct interest in reading and writing has also played a huge role in her artistic development and a side hobby she’d consider as a way to wind down. Even setting up her very own personal writing website to document her pieces as well as occasionally releasing book reviews. Darwisyah Durrani has a strong passion for advocating social causes that sit close to her heart and translating that into a piece of art. She hopes for people to acknowledge these existing issues and to convey the importance of them in a fresh and engaging way. 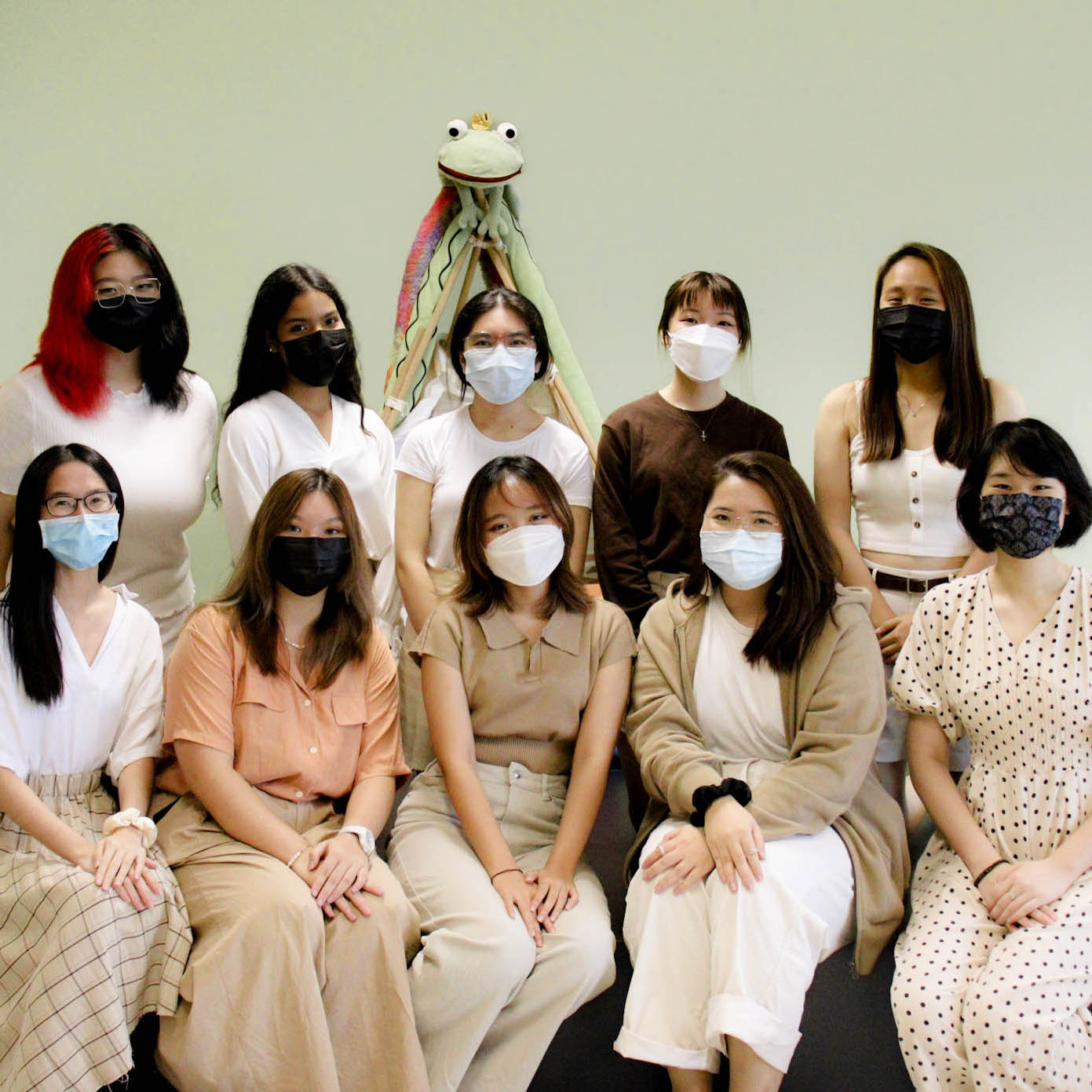 Project3+7 is made up of 10 Ngee Ann Polytechnic students from various artistic backgrounds who share the same dream of creating a positive impact on our community. Through our work, we hope to create platforms for our audience to discover, grow, express, and most importantly, to see and be seen. 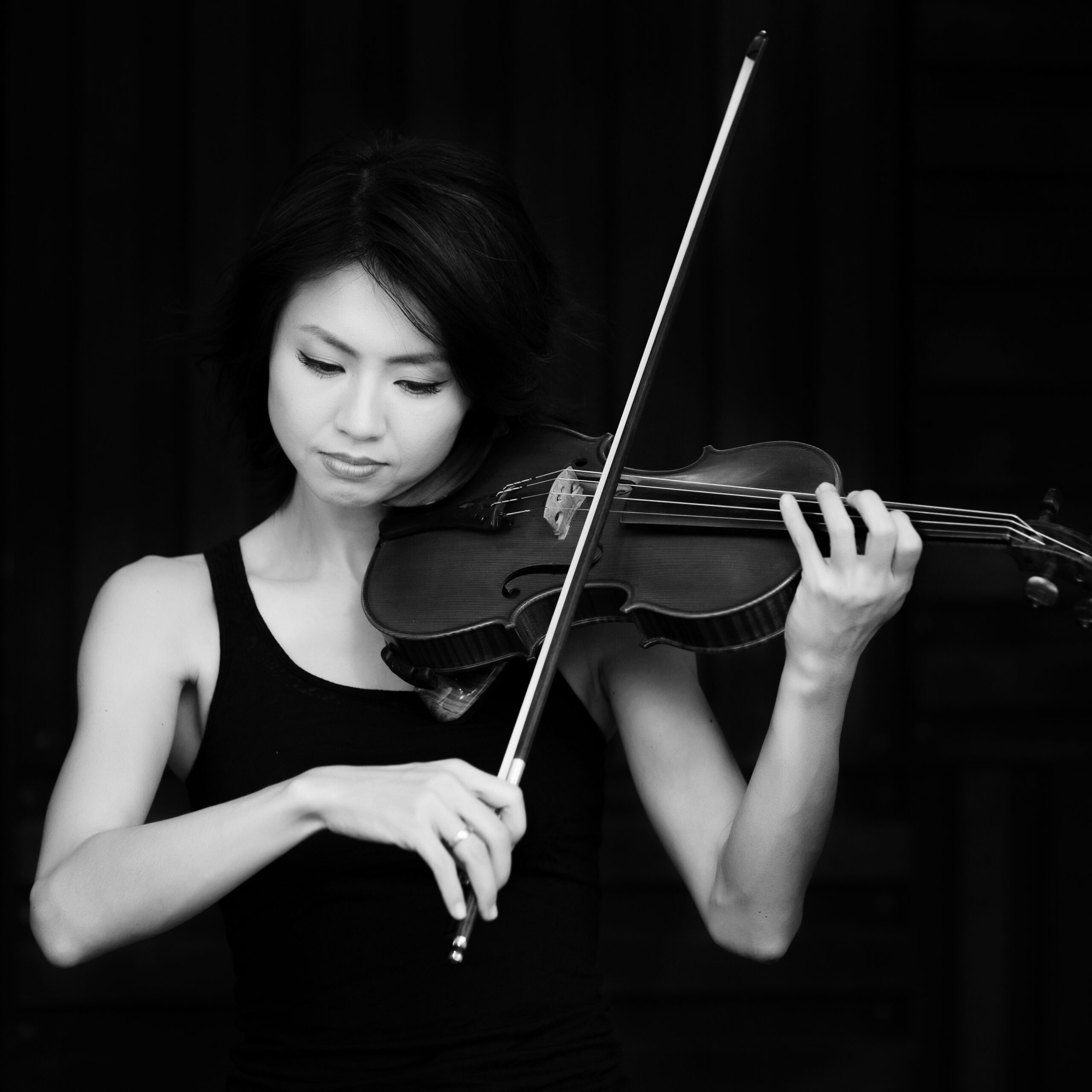 Eileen is a national athlete-turned-musician. As a violinist, she has played solo at the Indoor Stadium, Jazz Festival and performed for the former President. She was the first local violinist to adopt livelooping to perform original songs & has an electro-pop band, Zirconia. She’s been a Coach, Technical Official and TEDx Speaker. She has initiated causes, 3am Music Collective, Strings For Kindness & Music Sparkles SG, to empower children & youth, & to raise mental health awareness - to Give through Music. 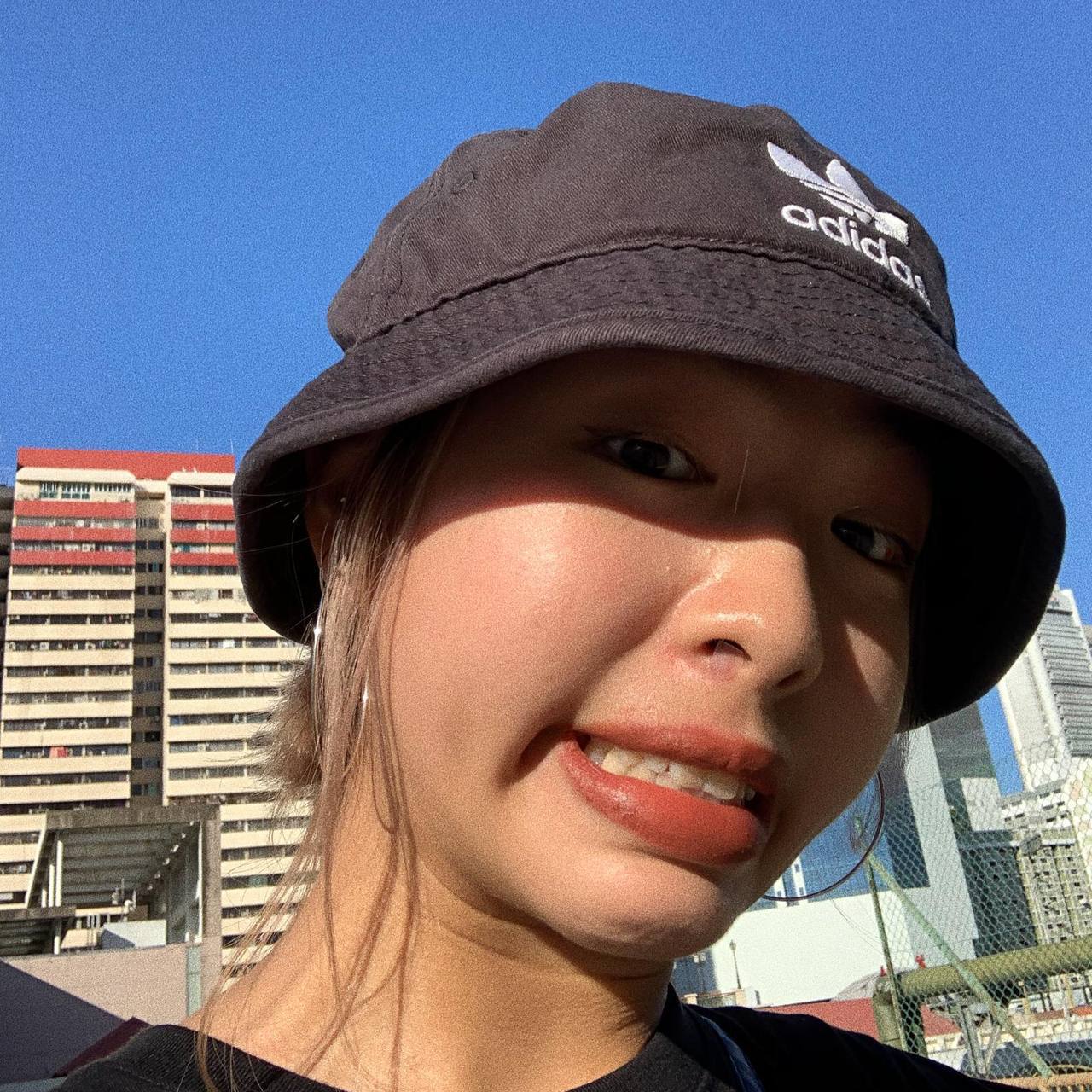 Hello! I am Karen, and I am someone who believes in taking risks & trusting the process! I have always been watching thrift flips on youtube and wanted to give it a try. Once I started, I got completely hooked on it! My take on fashion is to make clothes that bring out the best in people - for everyone to feel their best and feel confident! :) 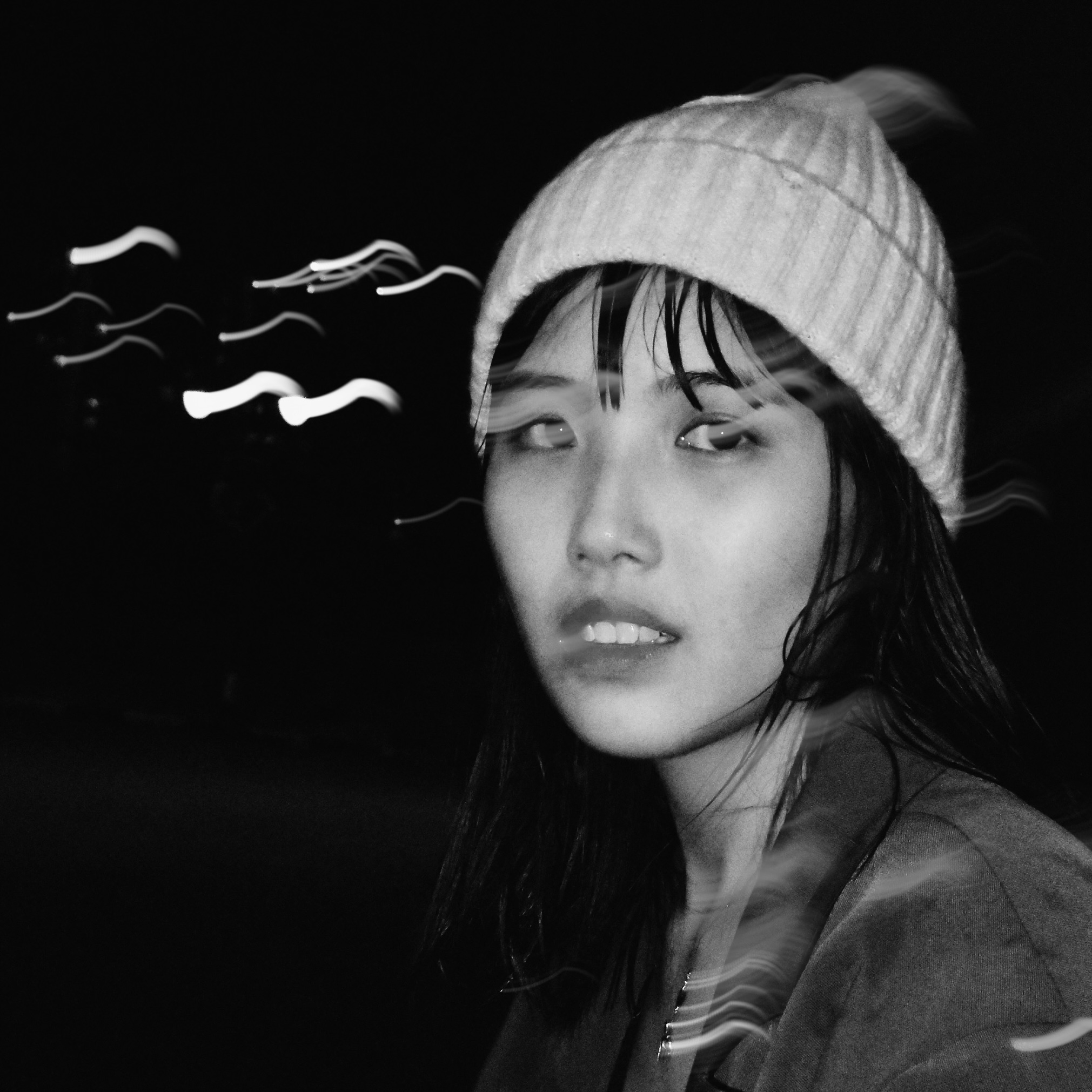 Hello! I am YAN, also known as Yanni Ruth. I’m 21 and I am a singer-songwriter, content creator and a mental health advocate. Recently released an EP, Transition, which includes 5 songs, with 1 in Mandarin. Each song is a story of the transition of our lives, transitions we may or will experience throughout our lifetime. Reminding ourselves that transitions means leaving behind what we know and what is familiar. This is a time to embrace change and accept the unacceptable. I hope to inspire and advocate self-love as well as mental health through my songs, to bring love and warmth to all! ❤️ 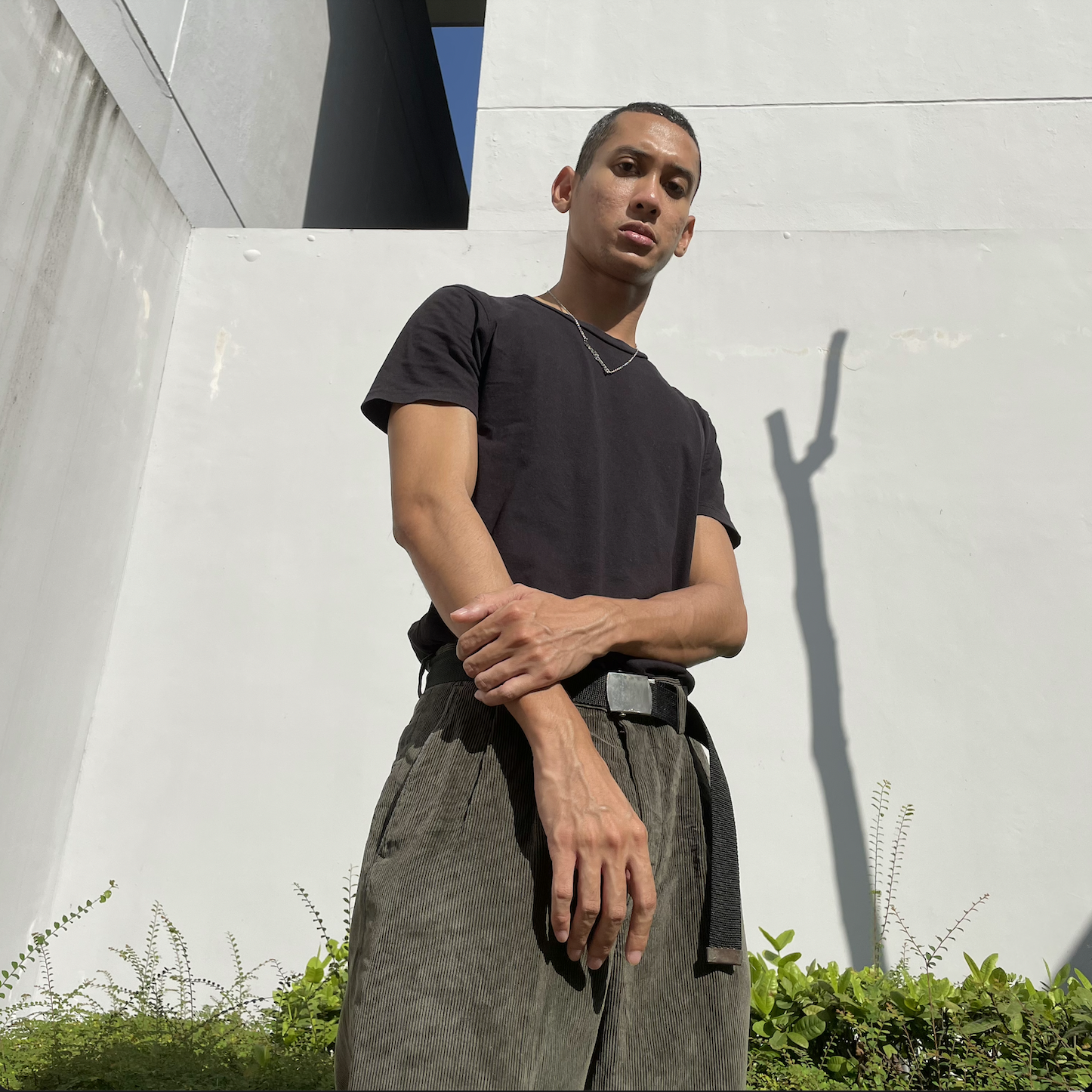 Over the years he has clinched placings in many competitions such as Pulse 2015, Super 24, Blackout 2018, World of Dance Indonesia 2019 and All Babes Cineleisure Dance Competition Boys Category under the crew JAPBLAQ and Andro.

He has since developed his own styling with his movements with a firm belief in versatility and individuality as a dancer and is now spearheading his own crew Wolfgang. 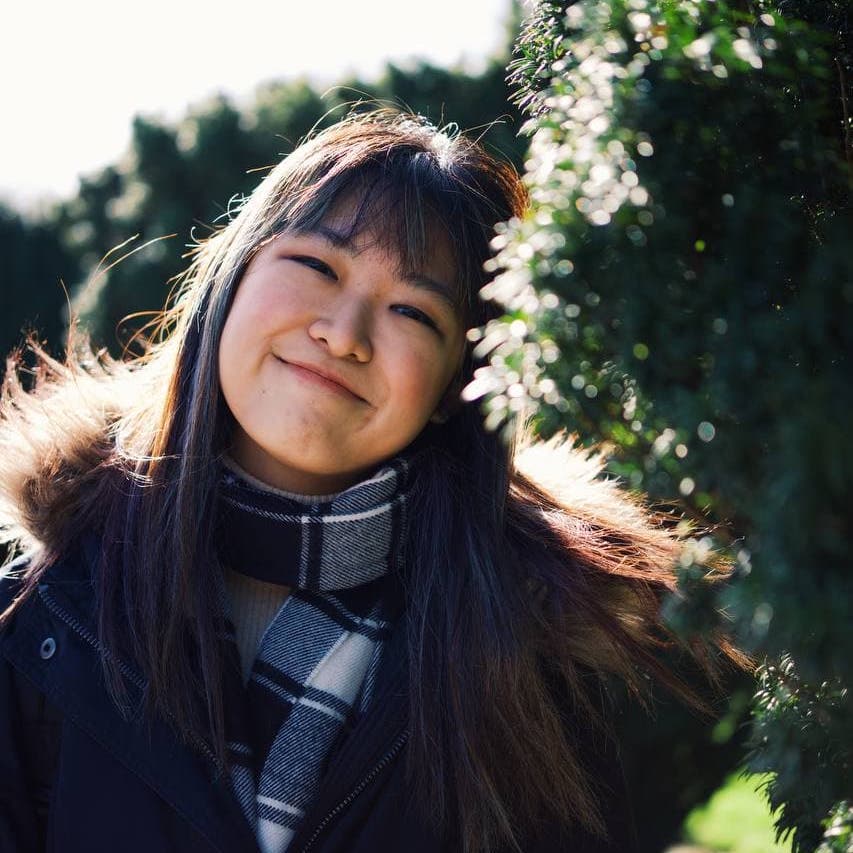 Christy is the founder and editorial director of independent local food magazine, The Slow Press, alongside being a final year journalism student at the Wee Kim Wee School of Communication and Information. With her passions rooted in the local and regional music scene, she had published pieces on Rice Media and Bandwagon Asia in 2020. Her love for uncovering lesser-known stories extends beyond words to photos and design, which are areas she also dabbles in for school and freelance work projects. 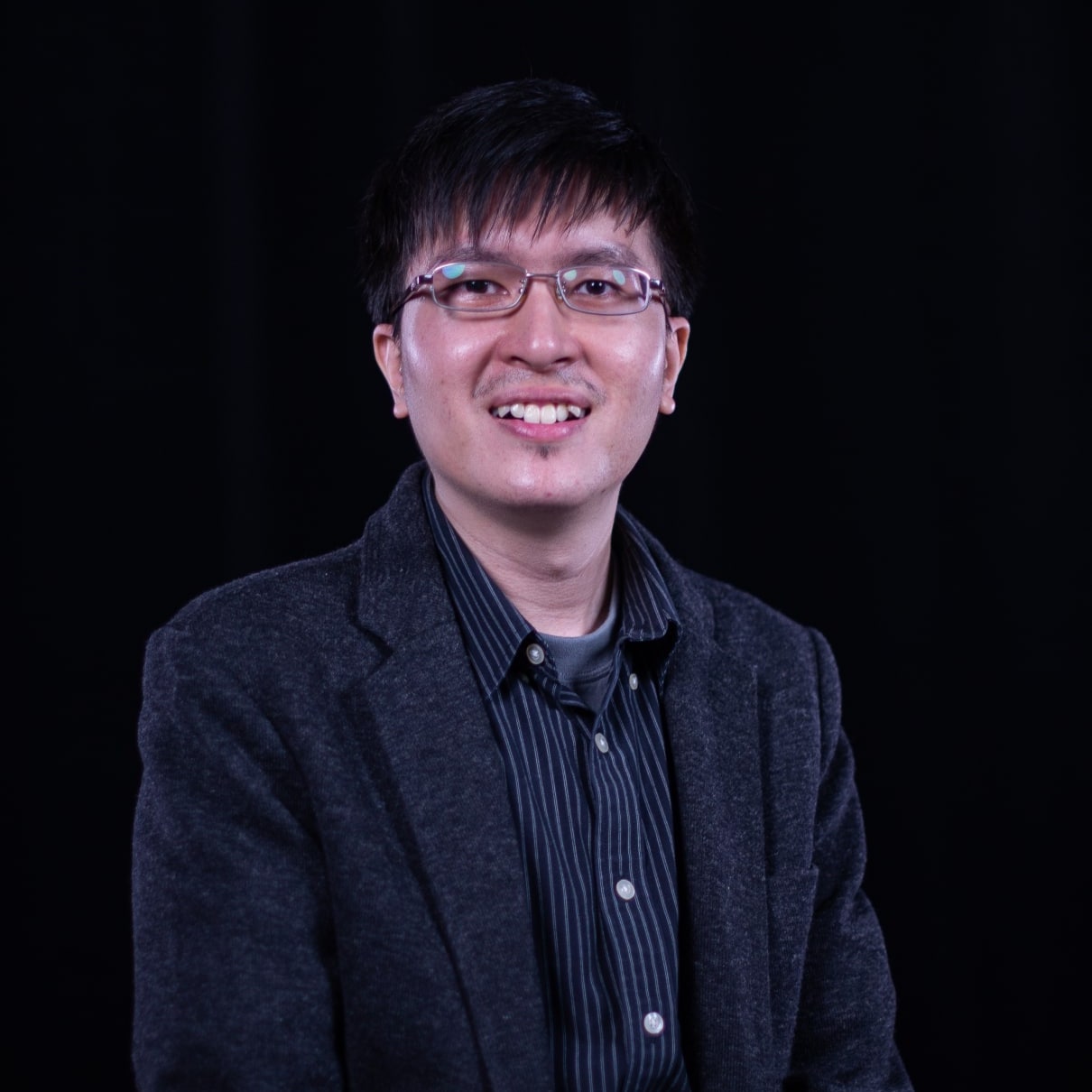 ET is the Vice-Chair and Programming Director of the Singapore Film Society where he organises film festivals and regular year-round screenings. He is also an Adjunct Lecturer of Film Studies at the Wee Kim Wee School of Communication (NTU) and School of Design and Media (NYP). Additionally, he is also Managing Director of The Filmic Eye and a prolific film critic, having written more than 2,200 reviews on his award-winning site: eternalitytan.com. Currently, he is an Editorial Analyst independently contracted with Netflix. He holds a Master of Education from NIE, furthering his passion for melding film and education together. 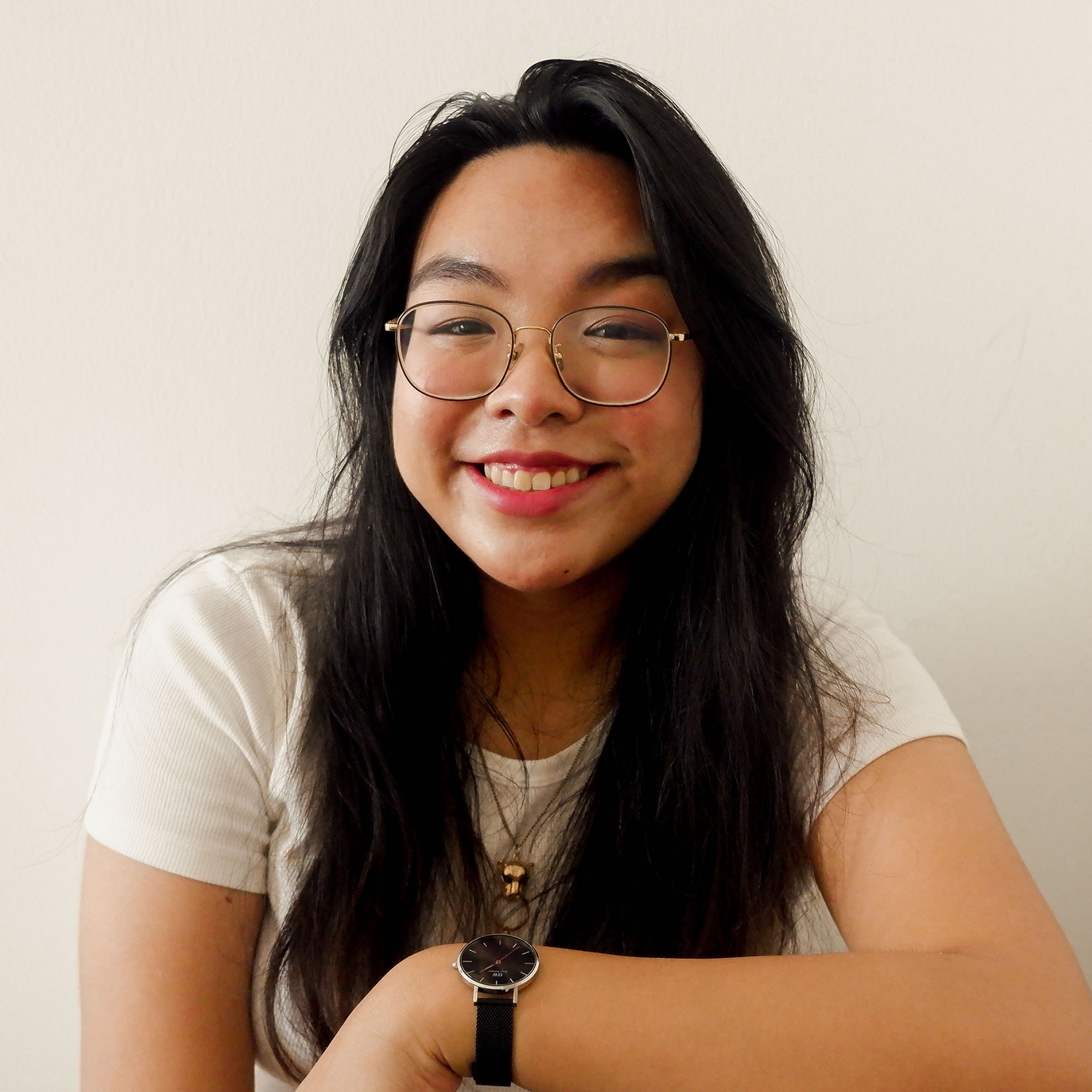 Franchesca Judine Basbas is a Philippine-born and Dubai-raised writer and digital creative with a passion for music and art. Fresh from graduating university, she made her dive into music journalism where she found herself at Bandwagon Asia covering music news and interviewing artists from the region and beyond.
When she’s not writing, you’d find Franchesca rewatching the same two sitcoms (Friends and Modern Family), meticulously organising her Spotify playlists, or being extremely average at video games. 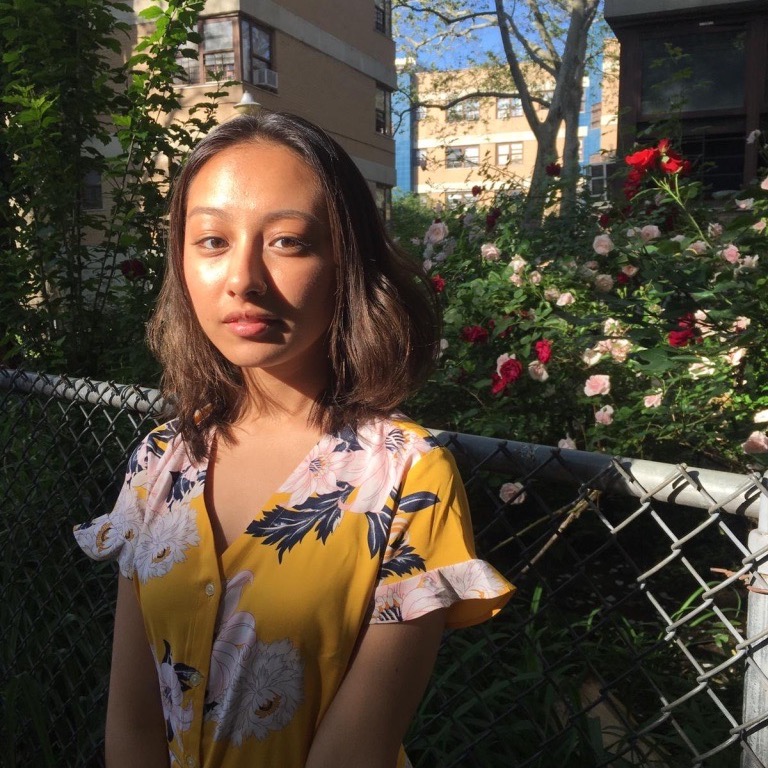 Ruby Thiagarajan is a writer and editor based in Singapore. She is the editor-in-chief of Mynah Magazine, a print magazine about Singapore's society and culture. She also writes Tote Bag Library, a newsletter about books. Her work has also been published in outlets like Vulture Magazine and New Naratif. 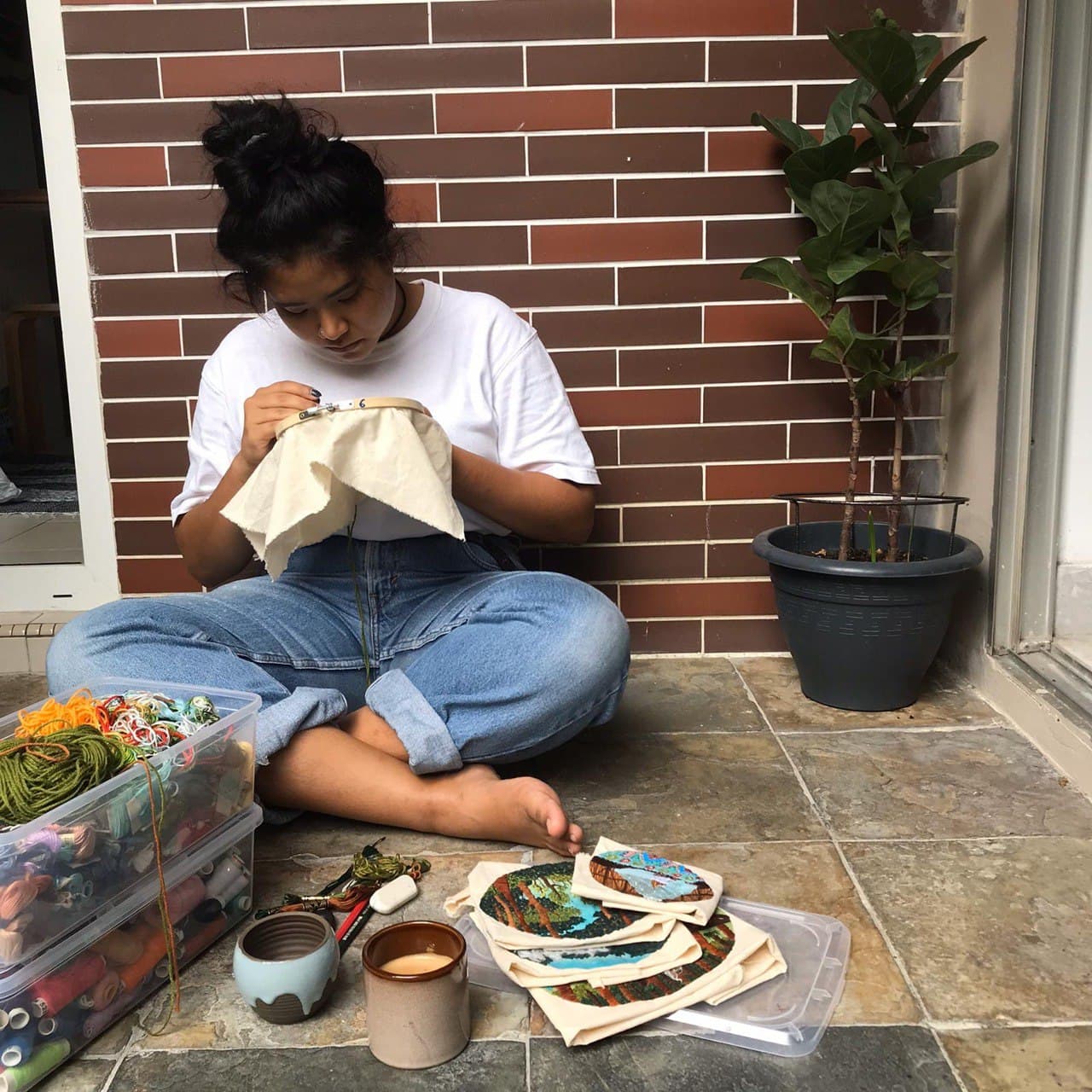 Alysha (b. 1995) is a Singaporean visual artist with a BA(Hons) in Fine Arts from Lasalle College of the Arts. Although she is a Printmaker who specializes in the art of Lithography, she now works in collaboration with other mixed media pieces such as embroidery, experimentation with textiles and installations.

Conceptually her works center around South-East Asian myth, mythology and mysticism. She creates works and embroideries that explore themes pertinent to the supernatural realm. Expressing her affinity for metaphysical conception through her work, she allows for her audience to view this representation through her perceptions and beliefs. 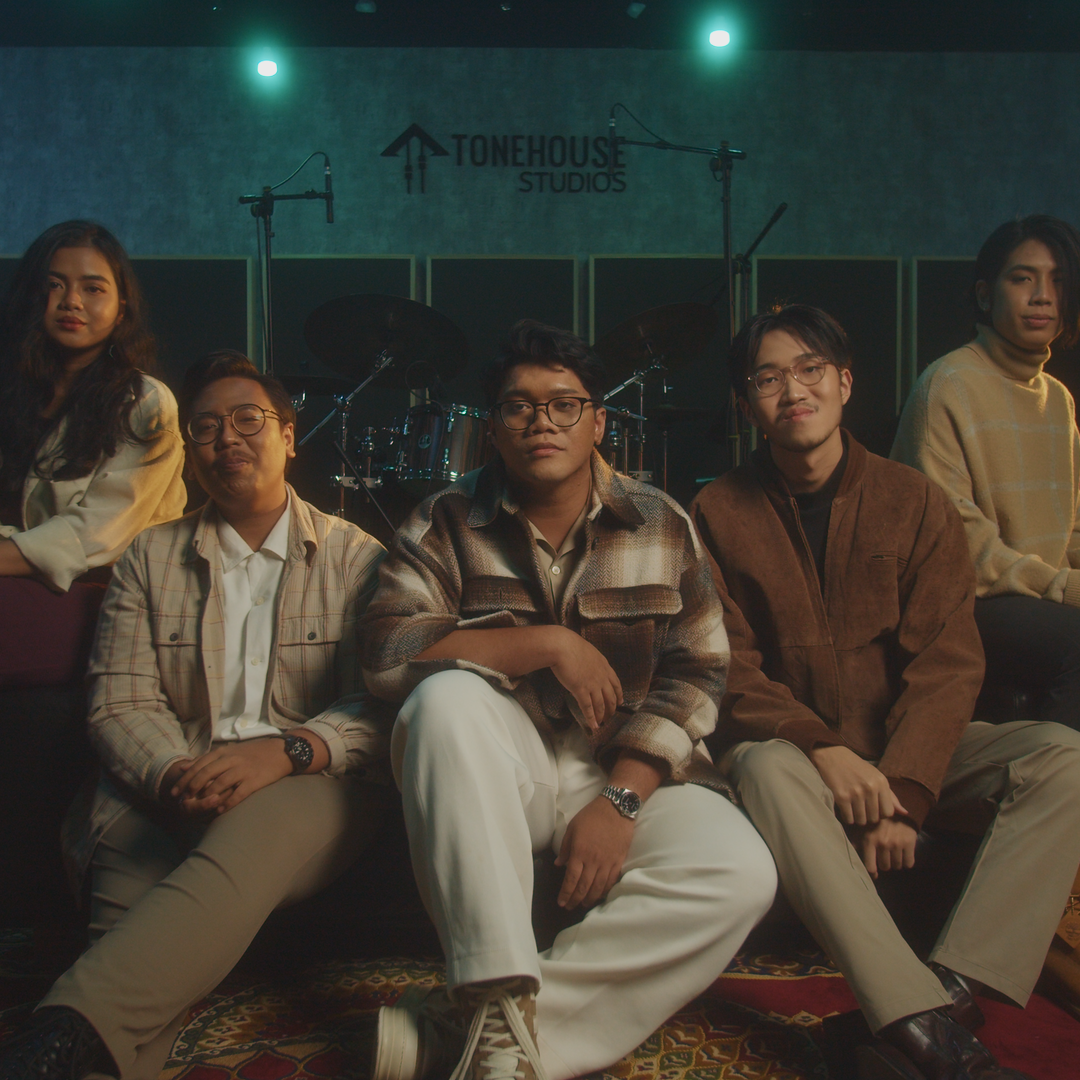 Frission is a local A cappella band founded by Chase Rodrigues and consists of 4 other original members, Ong Jun Da, Yasira Hanan, Hadi Sudir and Umar Sirhan. They cover songs across many genres, mainly RnB, Soul, Pop, and Electronic Music. The name “Frission” is a pseudo marriage of two words, “Phrygian” as in the musical mode, and “Frisson”, which basically means goosebumps. The group touts unique arrangements inspired by the likes of Ariana Grande, Pentatonix, Thirdstory and Charlie Lim to name a few. Having debuted earlier this year at the Esplanade concourse, Frission is looking forward to more performances as spaces continue to open in the coming months. Madhavan.R is a poet and director from Tamilnadu, India, and has worked as a Site Engineer in Singapore for almost 5 years. He got selected as a finalist for 3 consecutive years in the Singapore Migrant Worker Poetry Competition. Wanting to do something more meaningful, he adapts his poems to create film scripts. One of these films is $alary Day, highlighting the hardships of migrant workers while they worked and were away from their loved ones. With support from his friends, he filmed $alary Day and is planning on releasing more films in the future. 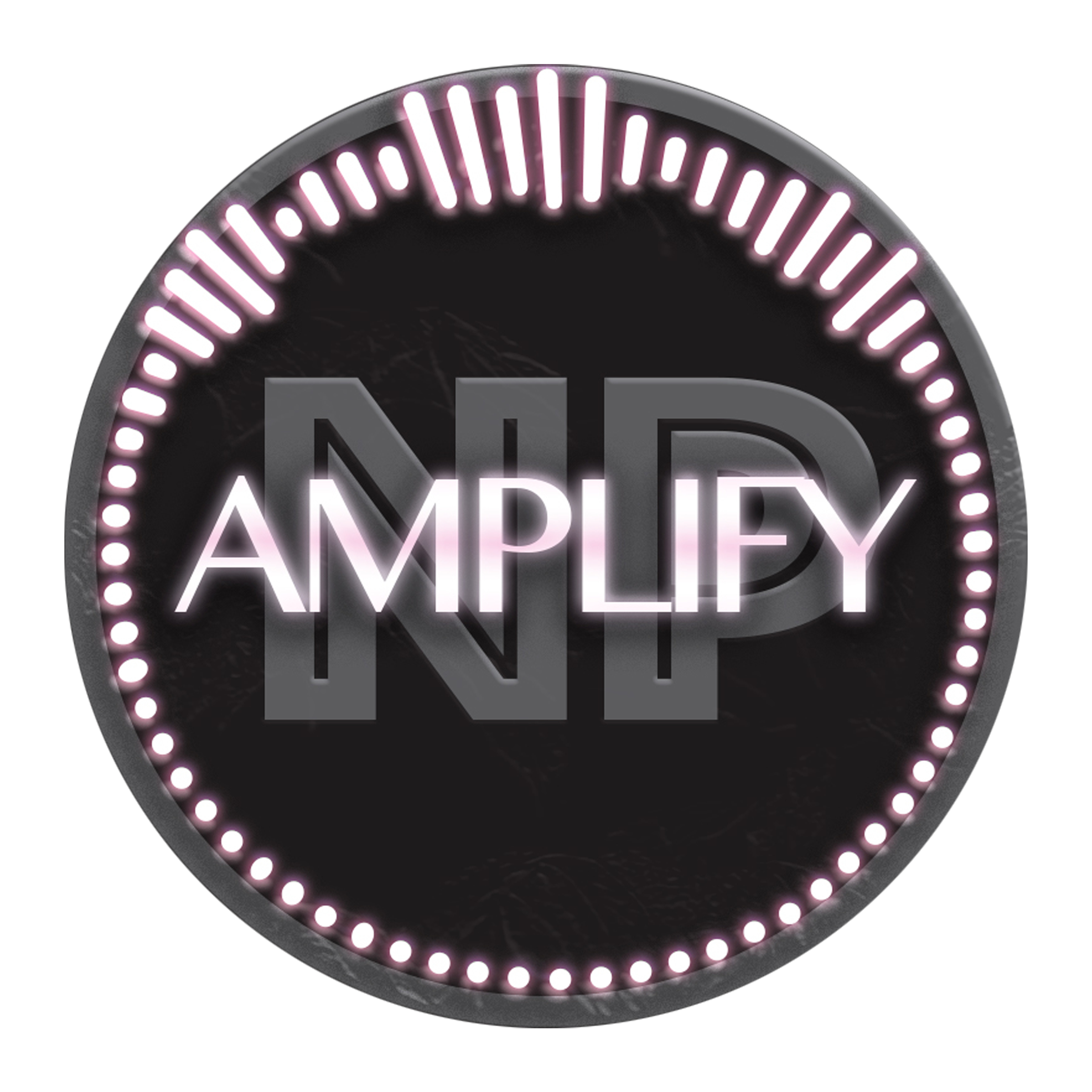 Song Composing Club: Song Composing Club, also known as NP Amplify, is a performing arts CCA where students interested in music come together to learn how to play musical instruments commonly seen in bands, such as guitar, bass, drums, keyboard, and vocals. Regardless of musical backgrounds, students can collaborate, form bands, and perform songs from a variety of genres.

Shy Guys: Hey, we’re Shy Guys, a 6-member alternative rock band! Don’t let our name fool you, though; we flip the switch when we take the stage.

SOMNUS: Hello, we are Somnus, a five-piece band formed by our love of vibey music. Hang out with us for a bit and listen to some music to accompany you throughout the night. 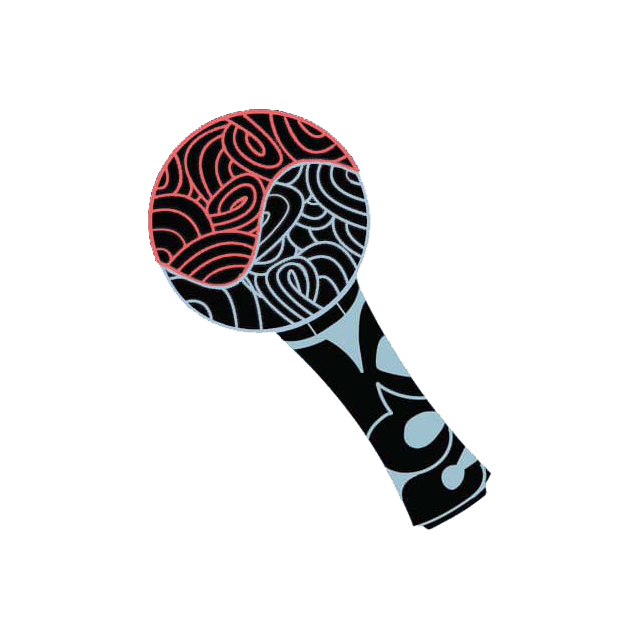 Korean Cultural Club (KCC), is an Arts & Cultural CCA in Ngee Ann Polytechnic. We aim to bring like-minded individuals together through various aspects of the Korean Culture and also through K-Pop Music and Dance.

Arcenciel and Forg are examples where our members met through the eauty of the Korean Culture and have become close friends who share similar interests and dance together. Despite the current pandemic, we hope that we can still showcase the love we have for the Korean Culture. Hope you enjoy the performance! 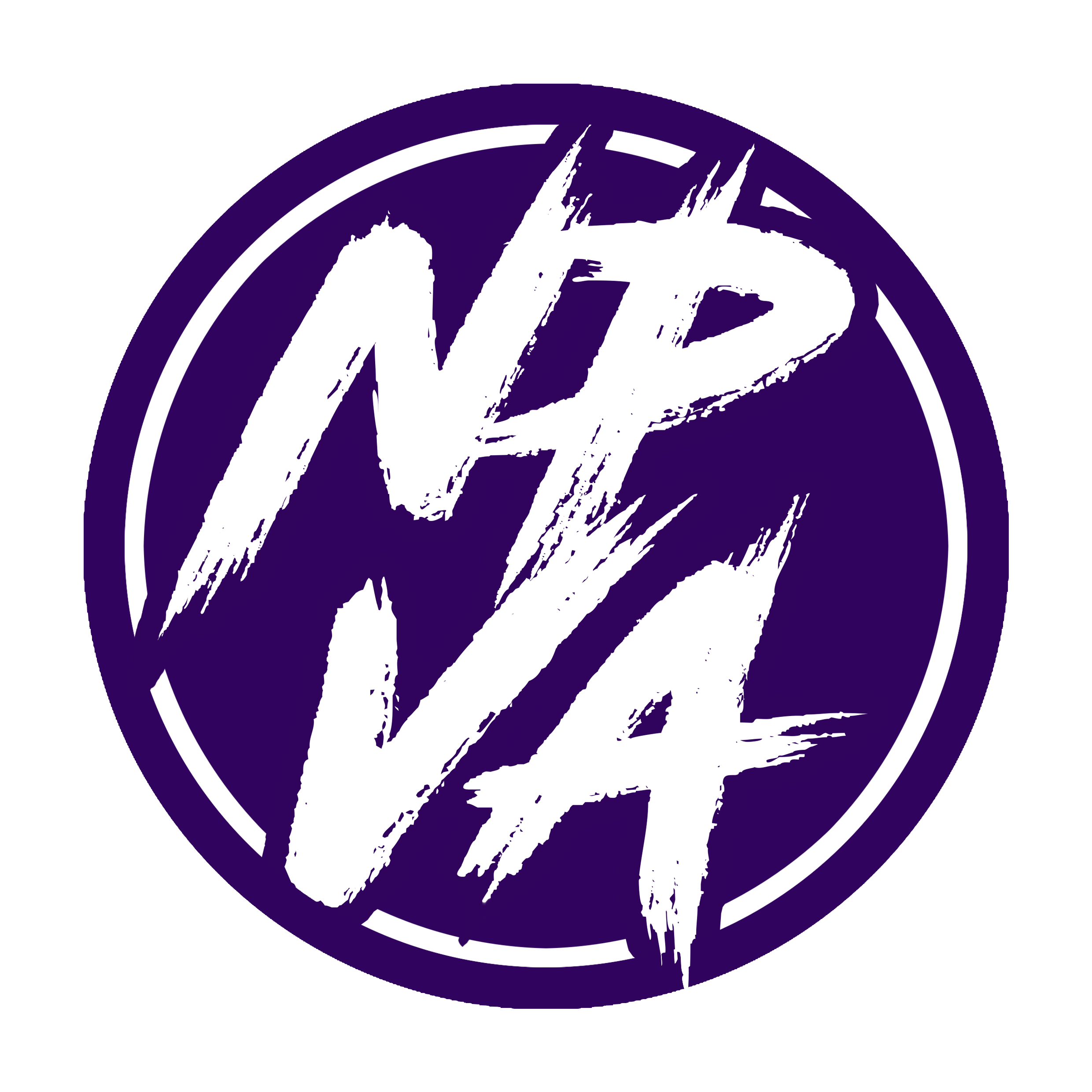 NP Voices Academy is an A Cappella group, led by our instructor Joe, who has been with us for more than 15 years! We are a family of passionate singers, striving to produce quality music through online and physical productions. Our covers range from current hits to classics of different languages. Moreover, we aim to develop our members not just in singing, but also in values and soft skills. Our yearly projects include productions like Interlude and Debut Concert, complemented by covers for other events like Chinese New Year, Valentine’s, National Day, Mid Autumn Festival, Deepavali and Christmas! 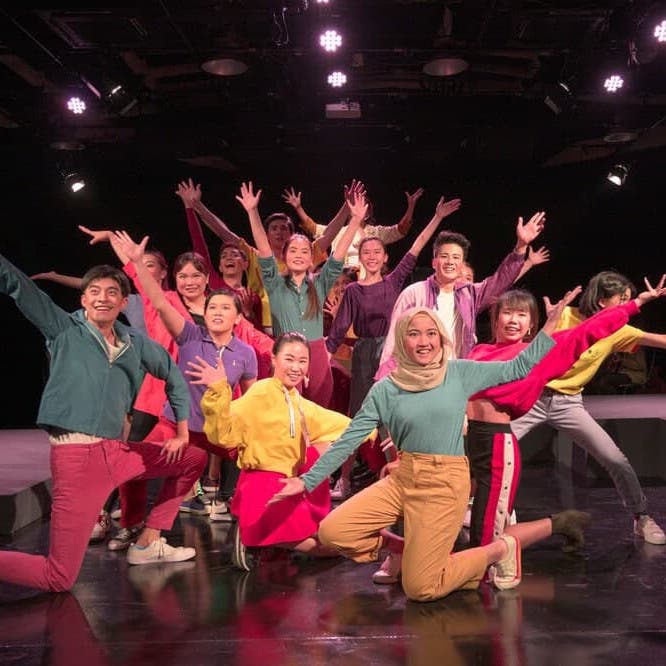 The Runaway Company is a non-profit collective run by youths for youths. Here at TRC, we believe in the power of music and theatre in telling stories that often go untold. We hope that we can create a space that feels safe for youths to make art, regardless of who they are, where they come from or where they go from here.