Xinyao Was Once Etched in Our Memory - Now What?

Reviewed by Christy Chua
Written by Bernice Soh Wen Xin
“Who does not dream, when they are young?” Think about big dreams written on small scraps of paper, torn from yellowed notebooks.Think about the times when bright-eyed adolescents were huddled in a circle on campus strumming their makeshift instruments, letting their voices echo the passion in their hearts.

Xinyao in the 1980s was not just about music. It is more than that - it is about people. It is about the lifelong friendships formed, the endless hours spent in campuses, composing songs that echoed the sentiments of passionate youths back when a new wave of Taiwan’s ‘Campus Folk Song Movement’ had just washed over Singapore.

“Who does not dream, when they are young?” - This is the iconic first line of a Xinyao classic taken from Xi Shui Chang Liu (Friendship Forever) (1987) by Liang Wern Fook, the pioneer of Xinyao music.

Fast forward to 2013, Xi Shui Chang Liu is featured in the film, Girl in Pinafore, which is now available on Netflix, a global streaming service provider popular with youths. 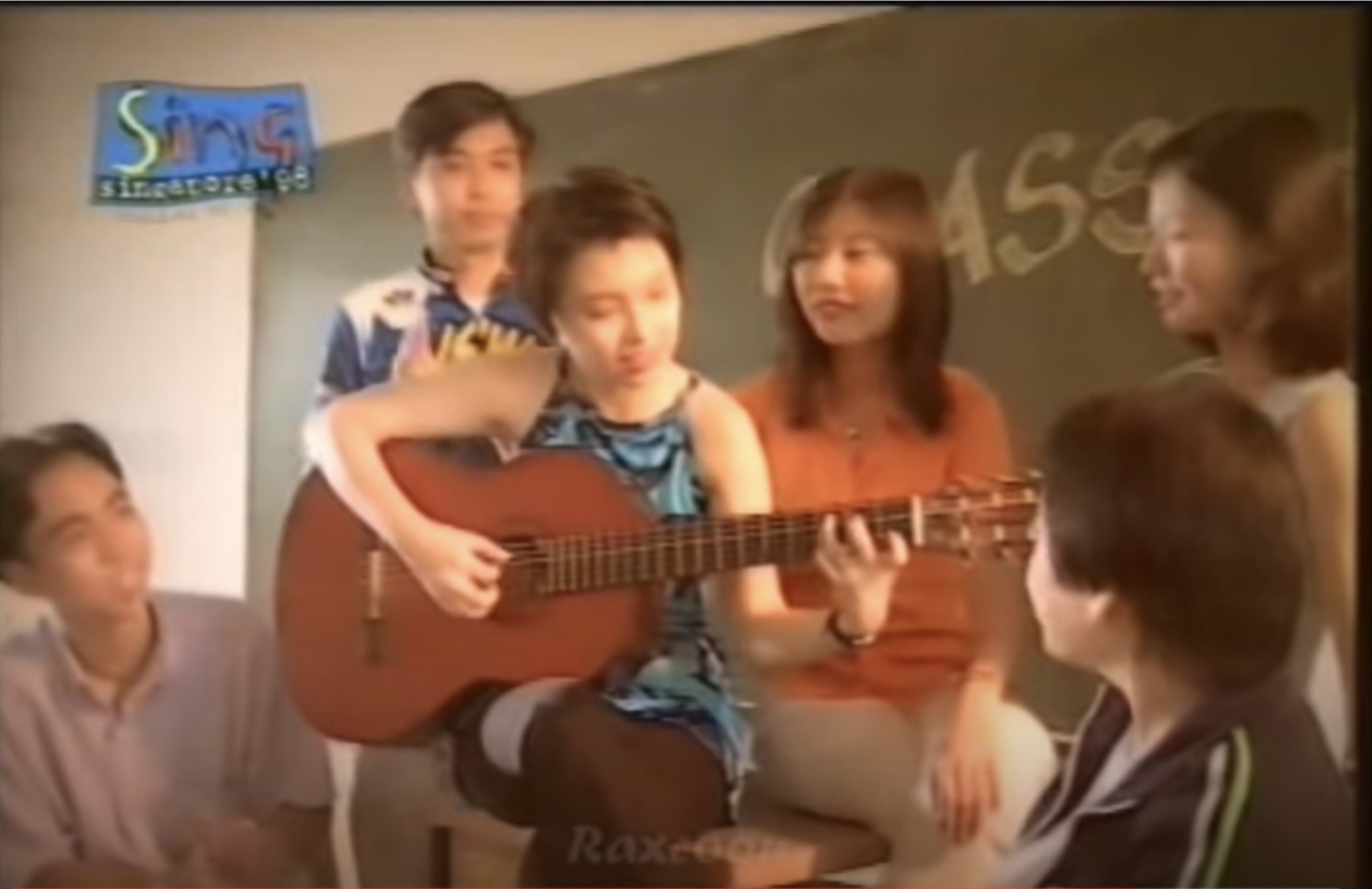 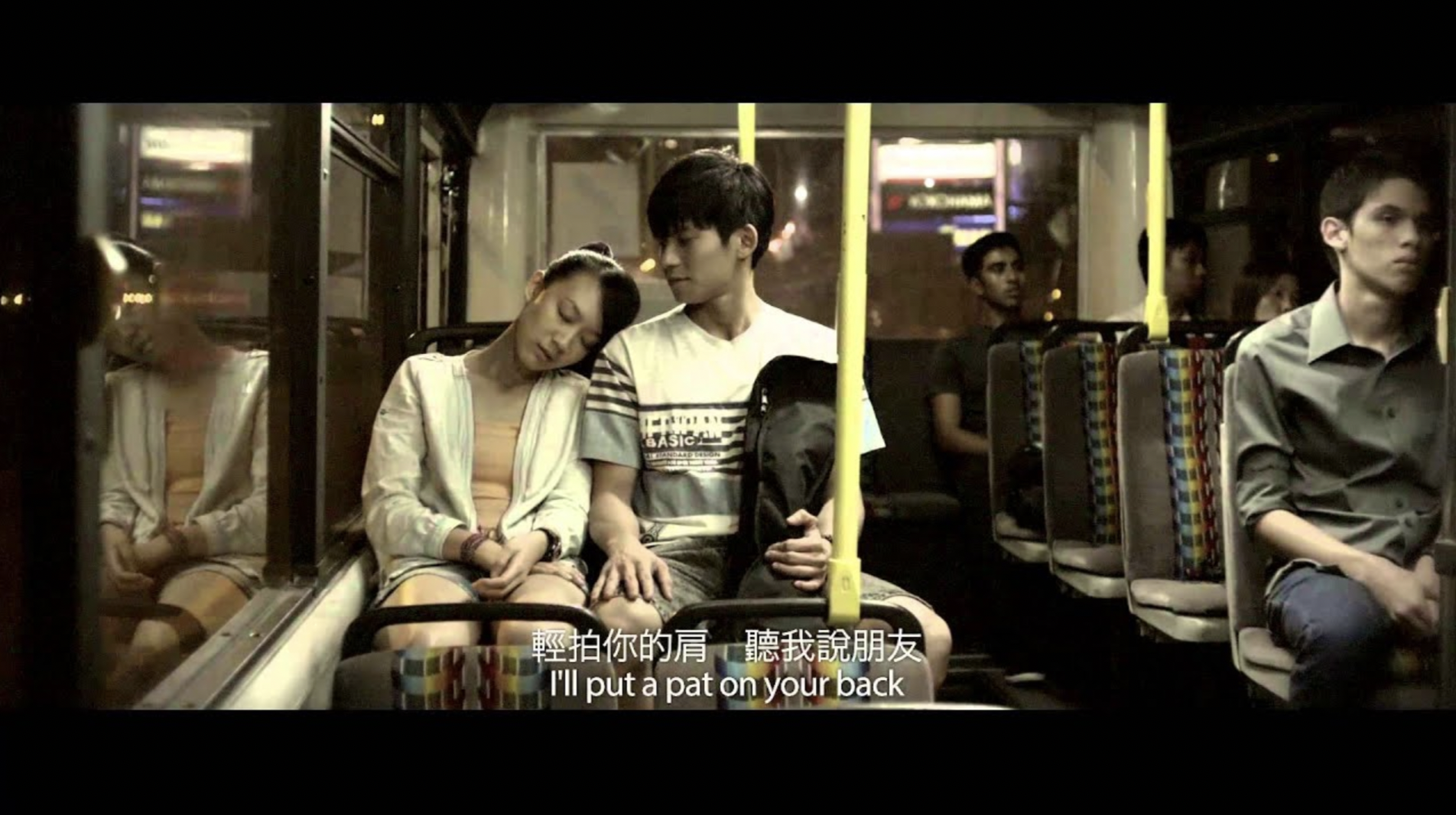 (细水长流 Xishuichangliu 我的朋友,我的同学,我爱过的一切" 电影原声带 That Girl in Pinafore Soundtrack, n.d.)
As seen from the pictures above, Xi Shui Chang Liu has proven itself to be a signature piece that would forever be part of Singapore’s music scene. From a simple music video in the past to making it on the big screens, Xinyao has adapted to remain relevant to Singaporeans.

In 2016, Mediacorp’s hit Xinyao drama, Crescendo, brought Xinyao to life in the form of a musical, transporting Xinyao lovers to a time where friends mattered the most.

With that, Xinyao has proven that it adapts to the current times.

A favourite pastime of Xinyao enthusiasts is to patronise cafes that hold live Xinyao music events. The refreshments served in a typical cafe with an elevated stage for performers to showcase their craft are part of what a live Xinyao cafe is all about. Not to forget the homely ambience and sense of belonging that makes Xinyao lovers revisit the cafe. The cafe serves as an escape and allows them to reflect on their journey of self-discovery and lifelong friendships made.

An example of such a cafe is Music Dreamer Live! Cafe, which sadly, shut down in May 2021 after being home to performers for 24 years. Hence, it was with a heavy heart that Music Dreamer Live! Cafe had to pivot online to provide its performers with an avenue to sing to their hearts’ content for their audience. While this may seem unpromising, it does not signal Xinyao’s end.

Hope came in the form of a concert in September 2021 when it revived the live Xinyao music scene. The first ticketed Xinyao concert since the pandemic’s beginning had veterans who had last performed in May 2021 at the closure of Music Dreamer Live! Cafe, performing again at the concert.

Proven over and over again, Xinyao is timeless. While youths of Singapore today may not have grown up with it, it is still something that they widely connect with.

"I would like to see more Xinyao-centered movies, they are so enjoyable!” - said Yeo Zeng Rey Gina, 18, student.

“Personally, I think that Xinyao has a rich history. So, if they were to use Spotify to promote itself, it would engage youths more.” - said Shannon Goh Xue Ning, 18, student.

What this means is that - regardless of time and space, Xinyao will still find a way back to the hearts of Singaporeans, youths included. There is also nothing more important than friendships and dreams.

“For their friendship is forever, like water flowing from its source.”- Xi Shui Chang Liu (Friendship Forever) (1987)