A Land Imagined: Diving Deeper into the Plight of Migrant Workers

Written by Eternality Tan
By Genevieve Chai Jing Xuan
A "surreal daydream". Nothing better encapsulates A Land Imagined [ET1] than these two words. Renowned for having won the Golden Leopard at the Locarno International Film Festival, the neo-noir shares a new take on Singapore, one that we have seemingly normalized and ignored.

Inspired by the lives of those whose personal dreams have been buried in the process of building our city, writer-director Yeo Siew Hua has created a sort of reverie effect throughout A Land Imagined, with the characters in a semi-trance state. Not neglecting the entrancing soundtrack behind the film, the score composed by Teo Wei Yong clinched him “Best Original Film Score” at the 59th Golden Horse Awards. With the smooth jazzy music accompanying the hypnotizing visuals, the film leaves audiences immersed throughout.

A Land Imagined opens with shots of construction sites filled with debris and dirt piles–an unfamiliar sight to most local viewers, let alone international audiences. We are well aware that construction sites may not be the most comfortable of workplace environments, but just how many of us truly know about the living and working conditions that the workers experience daily? 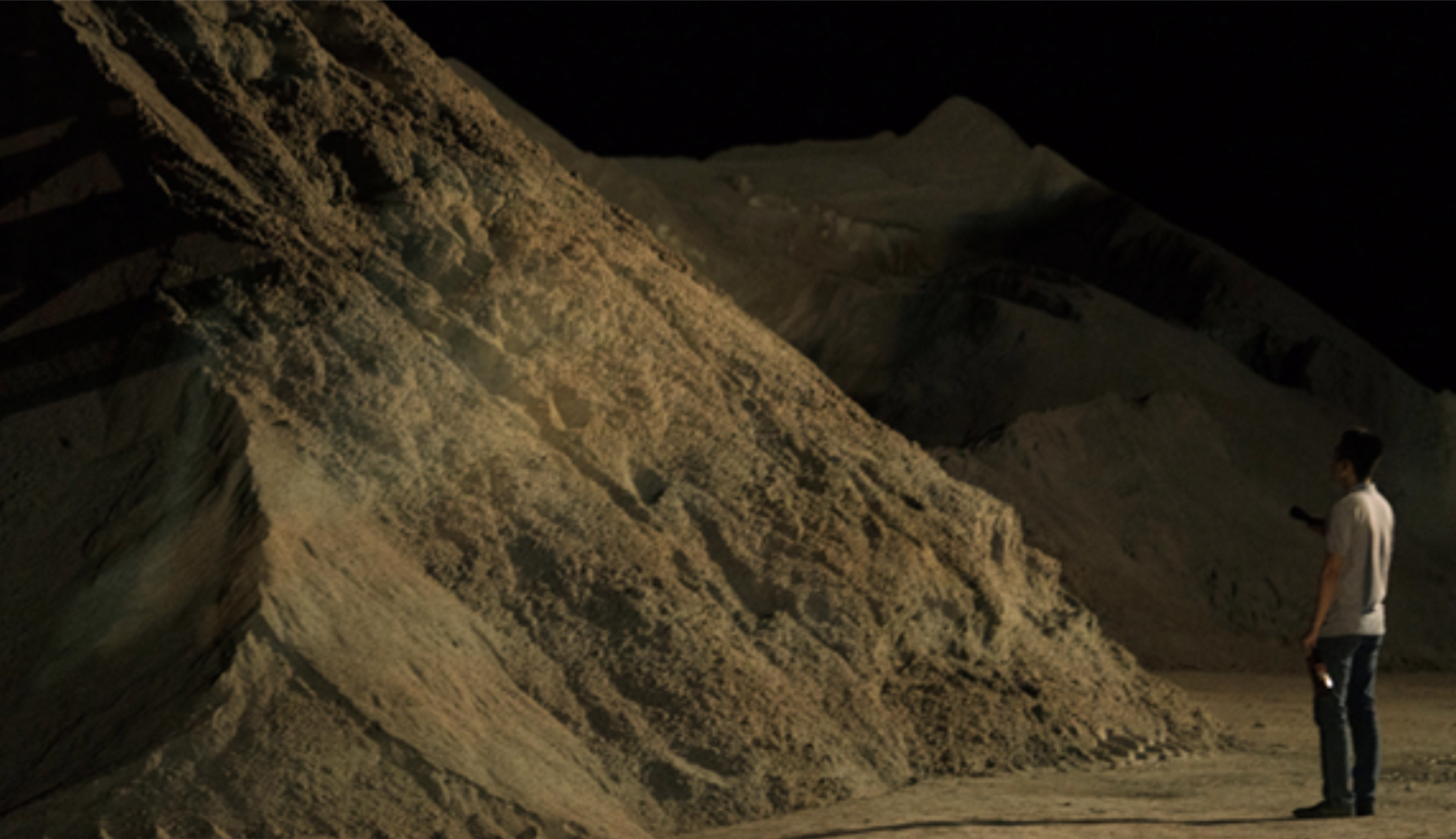 (Source: Akanga Film Asia)
Starring Peter Yu as Lok, a private investigator, Liu Xiaoyi as Wang, a Chinese migrant construction worker, and Mindy, a cybercafé employee, Yeo takes the audiences on the journey to find Wang, who has disappeared into thin air (or did he really?). The story unfolds with both Lok and Wang’s realities overlapping each other, as if they were one, leaving audiences curious and questions unanswered. With many scenes left up to audiences to interpret, the film is vague about why certain things have taken place.

The suspenseful atmosphere in the air and the dark, hazy cinematography contribute to the film’s dreamlike state. Yet, acting perhaps as a safe haven, scenes in the lively cybercafé create a stark contrast to the ominousness of the construction sites—such are the mountains of sand that they seem like burial sites for disposed workers (?). 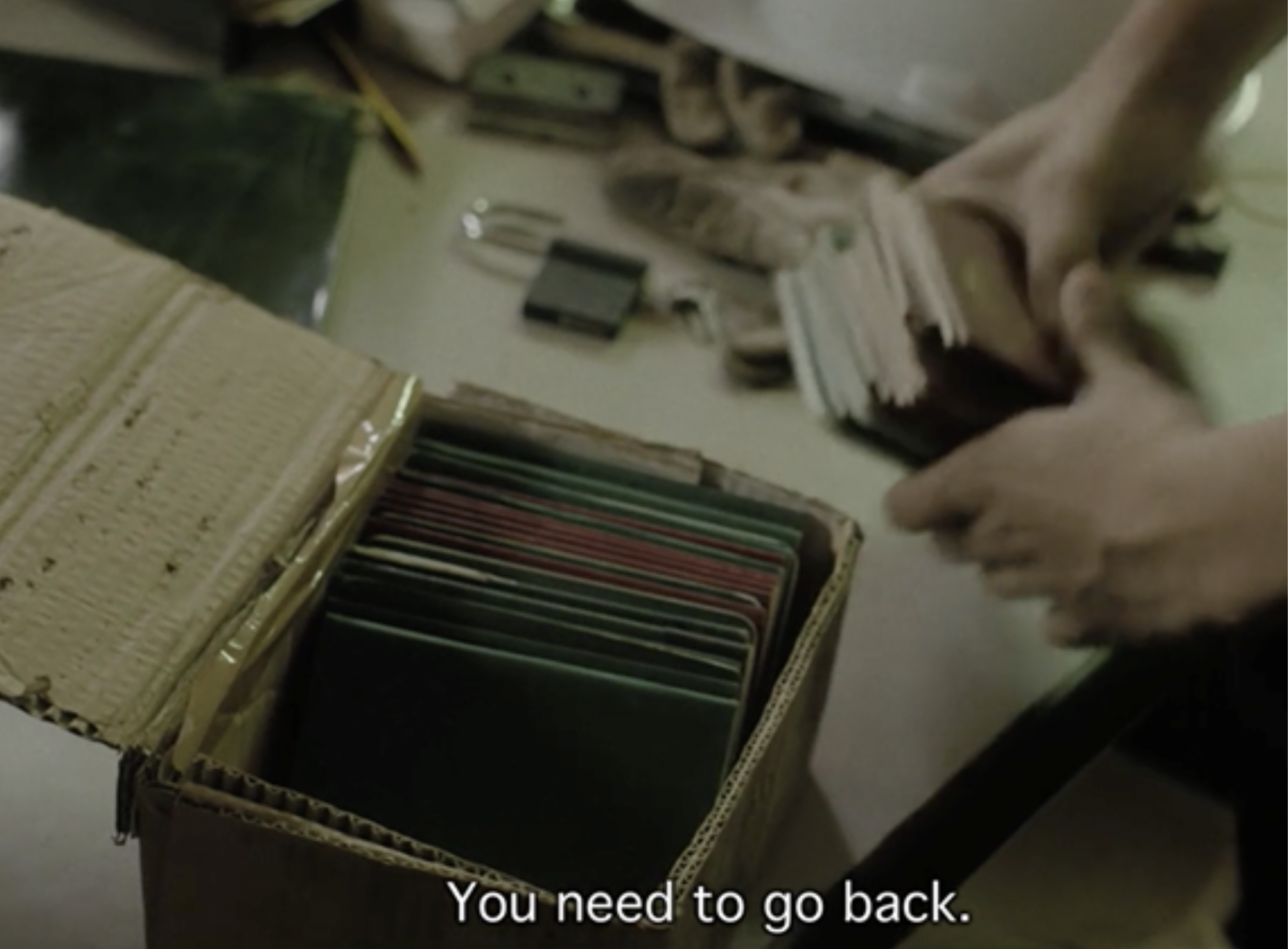 (Source: Akanga Film Asia)
In fact, a key visual in A Land Imagined is the worker’s passport, a marker of each labourer’s existence and identity as it is kept by the site supervisor on the pretence of keeping it safe. Upon further analysis, one might realise that these passports, crammed into a tattered cardboard box, is an allegory of the living situations at the dormitories where many workers are forced into a small room. With the passports ultimately locked in a metal cupboard, one can interpret as freedom being taken away from the workers, leaving them with no way of escaping but to continue toiling.

Confronted with the appalling living conditions, Lok is filled with endless questions. How can people live like that? Is Wang, who is missing, or maybe even dead, ‘lucky’ and in a better place? Despite being migrant workers working on land reclamation projects for Singapore, they are nonetheless human beings, and yet they are still treated with such little concern, let alone respect. The construction industry has seemingly normalized such discrimination towards foreign workers—it is rather ironic that the tonnes of sand used to create our ‘imagined land’ have been imported from other countries where these workers may have left for to work in Singapore. 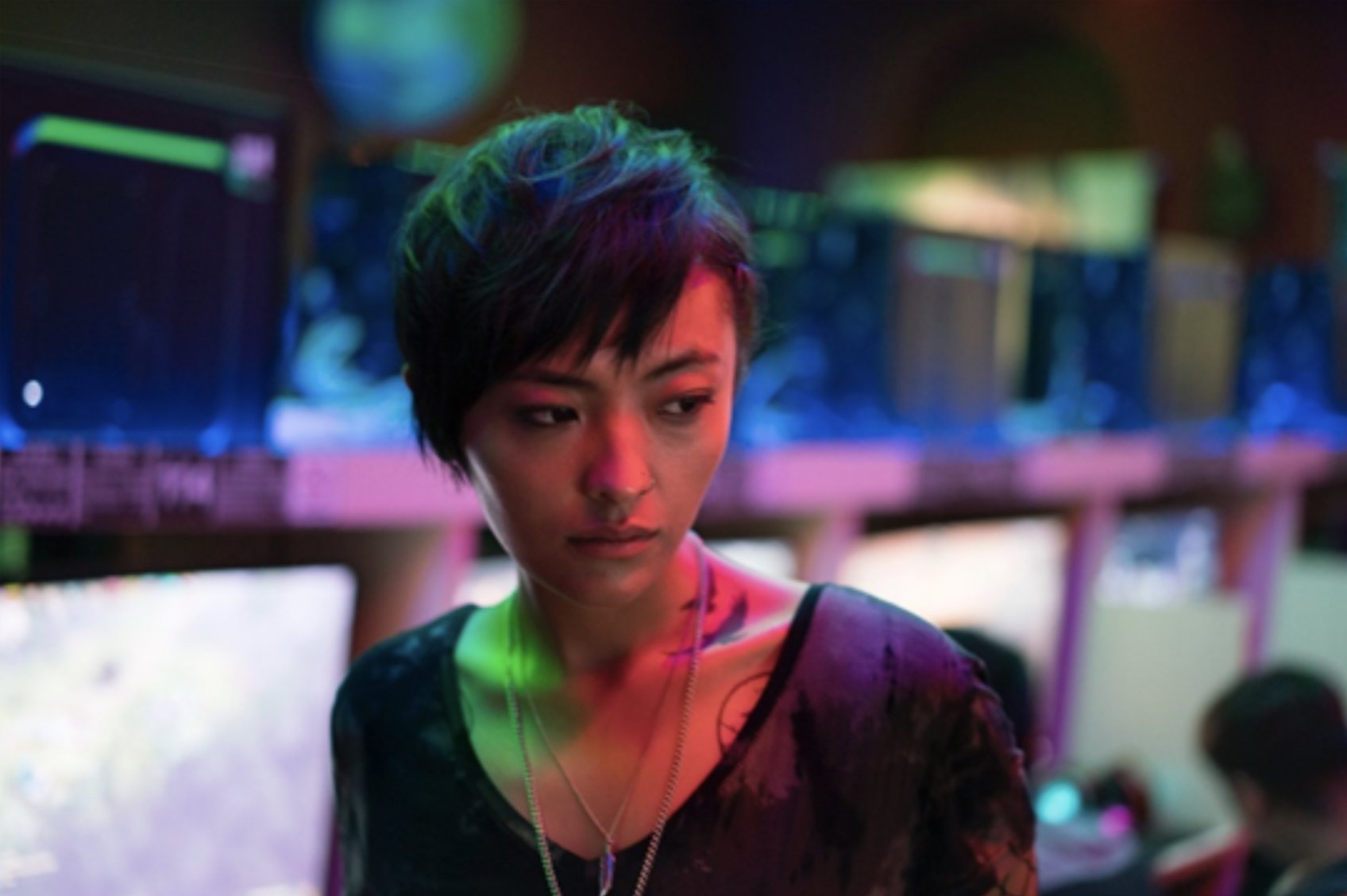 (Source: Akanga Film Asia)
It is not just the construction workers, but also migrant workers in general like Mindy. Playing a sort of ‘femme fatale’ character that is usually a staple in noirs, Kwok’s character seems to have a story of her own. Her desire for true freedom is permanently etched in ink in the form of tattoos on her back that include butterfly wings and birds, symbols of an unrestrained quest to be free from psychological and social entrapment. Perhaps having found a common trait, bounded and unable to escape from Singapore, Mindy and Wang find comfort in each other, with Mindy providing the ‘cure’ to Wang’s insomnia and Wang spending time with her to hear her out.

Reflecting on all of their predicaments but also their hopes and desires, Yeo presents to us an unforgettable moment, one that best encapsulates his surreal, hallucinatory vision: Bonded by their common circumstances, the migrant workers find themselves breaking the barriers of race and language with dance and music. No labels, no words, just dance. Interestingly, they dance with their arms held up high, as if drawn to something unattainable above. Drowning themselves in the music, they shut their eyes, and in that moment of solace they become who they want to be and escape from that depressing place. 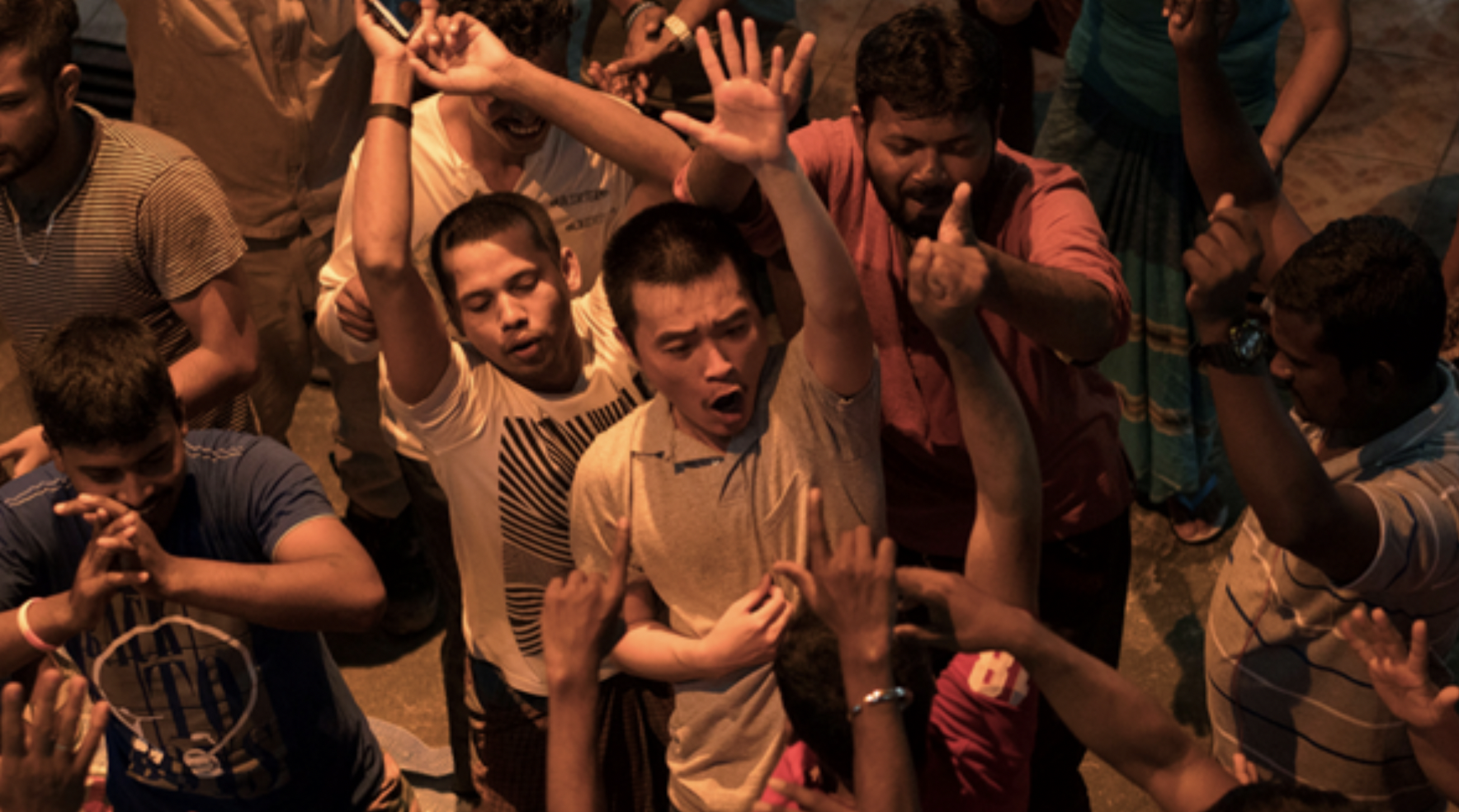 (Source: Akanga Film Asia)
A Land Imagined is a thought-provoking film about the desire to make migrant workers more visible, and to change our treatment towards them. All in all, the film asks of us to think: Will we just continue to ignore their voices? Will their situation change, or will we continue to live our lives, sparing little to no attention to improve theirs?